For many years, removing the solenoids on pre-action and deluge valves to ensure the valve did not trip when testing initiating devices has been a frequent practice. The requirement is to fully flood deluge systems annually and three years, full flow for preactions, with partial trip tests for the two years where a full flow was not required.

If for some reason the system could not be trip tested or flooded, then the solution should be to simply close the control valve. Conducting the test with the control valve closed would ensure no water would enter the system and providing a supervisory signal at the releasing panel, if monitored by a fire alarm system. This also would indicate the release of the solenoid by a loss of pressure from the priming line when the solenoid was activated.

This is important because many times the solenoid is left off, and so, inherently leaves the sprinkler system impaired. On a recent Inspection and Testing Committee call, how often this happens and what procedures the technician followed when documenting when a solenoid is found removed was discussed.

There does not appear to be any data collected regarding the finding of these removed items essentially impairing systems and documenting them. The quick answers were that the technician either replaced the solenoid and did not note it on a report, or in some instances replaced the item and noted it on the report.

DON’T FORGET TO REPLACE THE SOLENOID!

The leading cause of sprinkler system failure is due to human error, with a closed control valve being the number one cause. By removing the solenoid and forgetting to replace it at the end of testing, the likelihood of system impairment or failure increases.

NFPA 25, The standard for Inspection, Testing, and Maintenance of Water-Based Fire Protection Systems, does not directly address removal or non-removal of the solenoid. NFPA 72 The Fire Alarm and Signaling Code, Chapter 14, covers inspection testing and maintenance of fire alarm systems. Section 14.2.6.4 states that the system shall be secured from inadvertent actuation, including disconnection of the releasing solenoids. It does not specifically say to remove the part, nor should it.

The intent would be to remove the releasing circuit at the panel causing a trouble signal to put the system back in service when testing is complete. However, common practice, although not the best way, is to simply remove the solenoid from the valve. 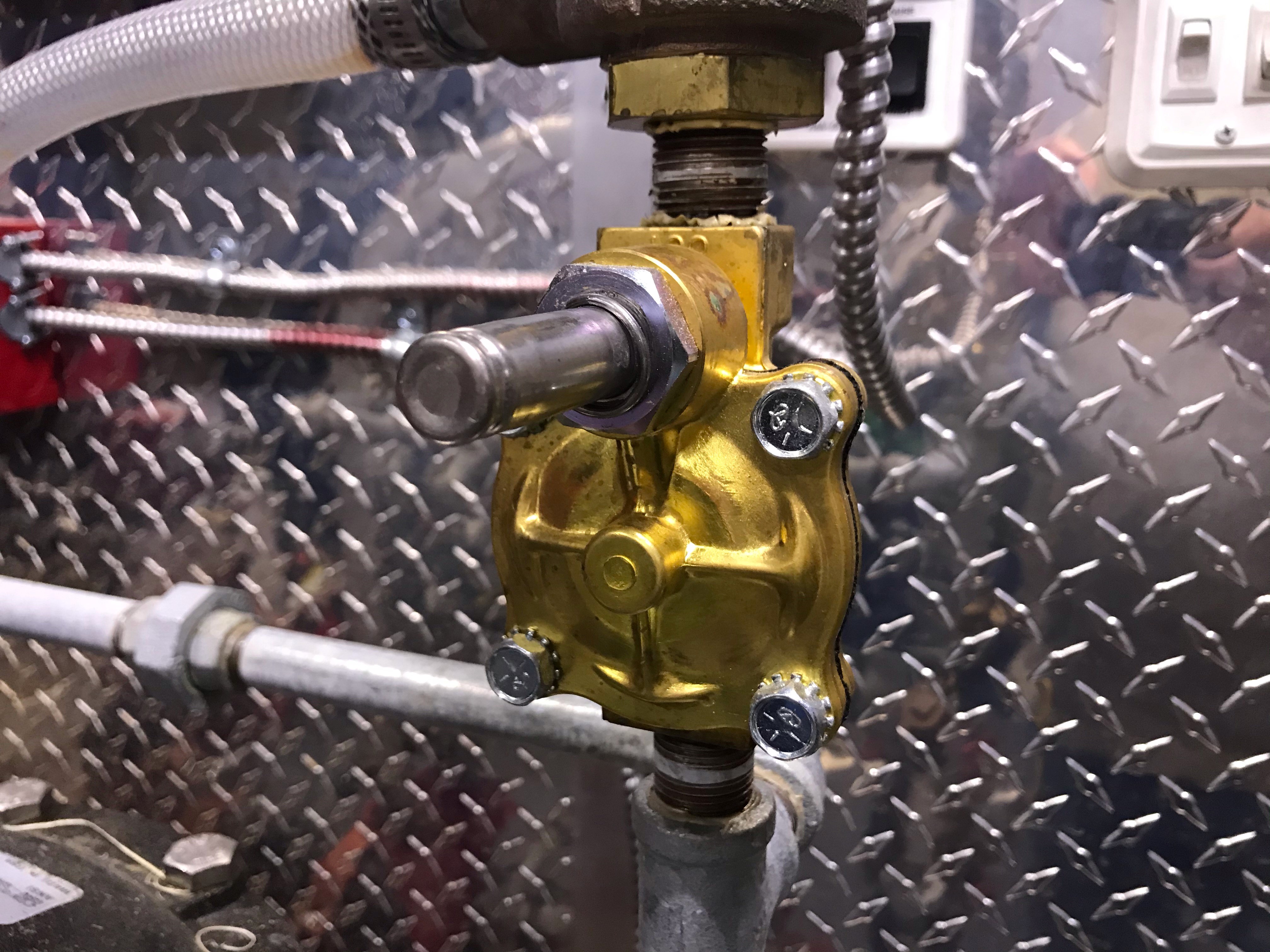 To combat this in fire sprinkler systems, NFPA 13, the Standard for Installation of Sprinkler Systems, 2019 edition now requires the monitoring of the solenoids. When this part is removed it must send an audible and visual trouble signal to the releasing panel. This is a new requirement in NFPA 13 and effective as of January 1, 2021.

There is nothing in the current or previous editions of NFPA 25 to address this issue, nor is there anything further coming in the 2023 edition.

The National Fire Sprinkler Association has created a survey in hopes of collecting data to assist in better evaluating the extent of this problem. This data will be used to help determine the extent of the issue and whether a Tentative Interim Amendments (TIA) is required. It will also help identify which editions of NFPA 25 would need to be clarified. A TIA is issued when there is an issue that could cause damage to the building, persons, or fire protection systems.

Link to survey for preaction/deluge solenoids

Potter signal has a newly released solenoid supervisory switch, called the Coil Keeper. It is listed with most existing solenoids on the market today, making it easier to monitor these parts without having to replace the entire unit. Some basic wiring including 24-volt power, monitor module and depending on the existing fire alarm system programing will be required to install the switch. This will assist in proper supervision, ensuring the system is placed back into service and most importantly fully operational.

For over a century, the National Fire Sprinkler Association has remained committed to its mission: “To protect lives and property from fire through the widespread acceptance of the fire sprinkler concept.” For more information on the NFSA, or to learn more about our mission, visit our membership page today!

Your session has expired. Please login again to continue.